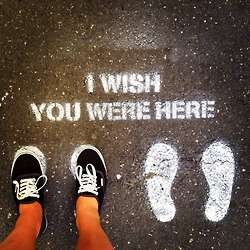 There are times in our lives when we would do almost anything to see someone or something come back to life. For example a couple of years ago my daughter dropped her brand new iPhone down the toilet. At the time she was at a concert in London and although she fished it straight out of the water, it was several hours before she got home and could do anything to dry it out. By that stage it was well and truly dead and no amount of immersing in rice and leaving for days in the airing cupboard made the slightest difference. When a thing is dead there really is no going back.

When Jesus died he really was dead and his friends knew it. However much they wished that he was still alive, they had no expectation that they would ever see him again. They gave him a proper burial and when some of them did go to his grave it was in despair and to mourn, not to see him come out. So all the more surprising that suddenly that was exactly what they started to say – publicly and fearlessly; and not just one or two but 500 over several weeks. This was not wish fulfillment or hallucination but rather conviction. The stories of Jesus’ resurrection just wouldn’t die down, and 2000 years on they still haven’t.