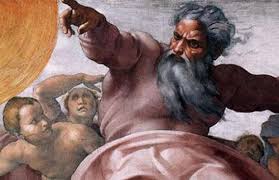 Lots of people assume that the God of the Bible is always angry and vengeful. No wonder they don’t believe in him. The problem is that we think he gets angry like us. Like the time I had 15 minutes before the start of the service and was desperately trying to get three small children dressed and out the door. When a last-minute request for them to go to the loo was met with a flat refusal, I exploded. One minute I was foaming at the mouth with rage, the next standing in church calming declaring ‘The Lord is here’!

But God isn’t like us. When God reveals his character in the Old Testament we read that he is ‘slow to anger’. The Hebrew actually says ‘long of nostrils’ as in when we keep calm rather than exploding with rage. It takes a lot to get God angry and when he does it’s over the same things that we do. He doesn’t lose his temper, but rather his wrath is his settled view against evil and injustice and all the things that spoil us and our world.

So rather than it being a bad thing to believe in a God who gets angry it turns out to be actually rather a good thing.