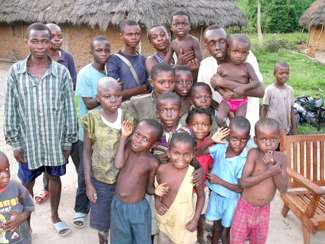 Following his conversion in 1888 a young William Leslie felt called to become a medical missionary. He went first to Angola and then in 1912 moved to Vanga in a remote corner of the DRC. But after 17 years of hard work and feeling that he had made no impact, he returned home discouraged. Nine years later he died disappointed at the legacy he thought he had left behind.

But fast forward nearly a century and a new generation of missionaries made a surprising discovery. Arriving in Vanga they expected to find a people with almost no knowledge of the Christian faith. Instead they discovered a network of reproducing churches, with eight villages each having their own Gospel choir and a 1000-seat stone ‘cathedral.’ This was the true legacy of Leslie’s faithful Bible teaching all those years earlier.

His example beautifully illustrates a parable Jesus once told about the Kingdom of God, ‘A man scatters seed on the ground. Night and day, whether he sleeps or gets up, the seed sprouts and grows, though he does not know how.’ A wonderful reminder to us that the church does not exist because we build it, but because God does.

It is no longer possible to listen to this story int he iOS version of the app but you can do so by subscribing to the Turn The Page podcast in iTunes.