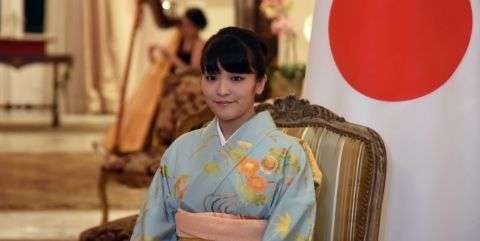 Currently third in line to the throne Japanese Princess Mako will shortly have to surrender her royal status and step down as a member of the imperial Royal Family.  Her love for, and impending marriage to, a commoner forces her to do so under Japanese law.  In doing so she will be following her aunt who was the first Japanese royal to become a commoner, when she made the same sacrifice for love in 2005; swapping the Imperial Palace with all its trappings for a one-bedroom flat and the local supermarket.  Such is the power of love.

In a similar way the Bible records that driven by love, Jesus “did not consider equality with God something to be grasped, but made himself nothing, taking the very nature of a servant”, and “made his dwelling among us”.  The difference between Jesus and Princess Mako of course is that while He gave up the glory of heaven in order to dwell on earth, He retained His identity as the King of Kings.  His purpose was not that He would become like us and dwell on earth forever, but rather that we should become like Him and dwell with Him forever.  Such is the power of divine love.