What is a christian?

What is a Christian?

St Paul answered that question in a letter he wrote to a church in Corinth in about AD50. He reminded his readers that they were Christians because they had heard and responded to Good News:

“Now, brothers and sisters, I want to remind you of the gospel that I preached to you, which you received and on which you have taken your stand. By this gospel you are saved, if you hold firmly to the word I preached to you. Otherwise you have believed in vain.

Paul tells us that there are three things that lie at the heart of this good news: 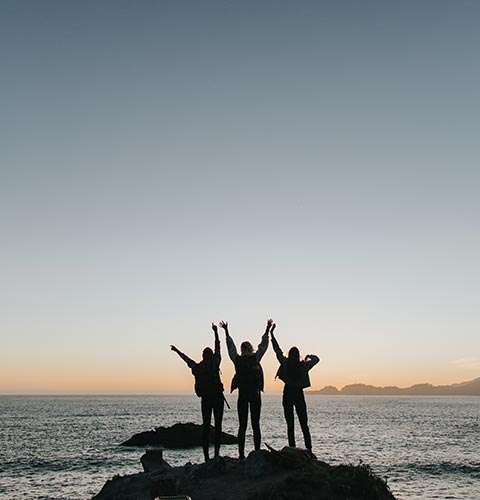 Something to be saved from

Paul refers to ‘our sins’. What does he mean? Simply that no human being is perfect. While we know the difference between right and wrong we continually find ourselves doing things that are wrong. While we care about others we find ourselves making decisions that are selfish and that hurt those around us. Our lives are littered with things that we wish we could go back and change. These things do not just harm us, and those around us, but also spoil our relationship with a God who is perfect and holy. The good news of Jesus is that no matter what we may have done in the past there is the possibility of forgiveness and redemption.

Someone to be saved by

We live in a world in which justice is a highly prized value. When someone is caught doing something wrong it is considered appropriate that they should be held to account and given an appropriate punishment, and if that penalty cannot be paid then there can be no freedom for the accused.

Paul says that ‘Christ died for our sins’. Elsewhere (Romans 3:23, 6:23) Paul makes clear that when we ‘sin’ we fall short of God’s glory or standards, and the consequence of this is separation from him – in other words spiritual death. This is a problem that we cannot overcome by ourselves, because we have no way of making ourselves perfect and holy; and if we cannot be like God then we cannot be with God. When Jesus was nearing His own death and was seeking to comfort his friends, he gave them hope by instructing them not to trust in themselves, but rather to ‘trust in God and trust in me’ (John 14:1). He described his own death as a ‘ransom (Mark 10:45) that he was paying on their behalf. Why was he able to do this? Because as the perfect Son of God he was not deserving of death, and death could not hold him. Jesus does something for us that we could not do for ourselves and then offers us the result – eternal life – as a free gift.

In another of his letters Paul puts it like this:

‘God is so rich in kindness and grace that he purchased our freedom with the blood of his Son and forgave our sins. He has showered kindness on us, along with all wisdom and understanding.’ (Ephesians 1:7-8)

Something to be saved for

Paul tells us that Jesus was ‘raised on the third day’. Sin and death have been utterly defeated and that which separated us from God has been removed. In Jesus we are free to live a life with and for a God who loves us beyond anything we could possibly imagine, and who has a future for us more wonderful than we might ever dare to hope. Paul describes it like this:

‘No eye has seen, nor ear heard, nor human mind conceived, the things that God has prepared for those who love him’ (1 Corinthians 2:9)


In the last book of the Bible St John
writes as follows:

‘Now the dwelling of God is with people, and he will live with them. They will be his people and God himself will be with them and be their God. He will wipe every tear from their eyes. There will be no more mourning or crying or pain, for the old order of things has passed away.’ (Revelation 21:3-4)

So, a Christian is someone who has heard the good news about Jesus, believed that it is true, and received it for themselves. In doing so they acknowledge their past sins and mistakes and their need for forgiveness and a new way of living, and it is a new life made possible because Jesus promises to be with us every step of the way.

If you would like to understand more about what it means to follow Christ please contact us and we would be delighted to send you a small book that will explain things in more depth.