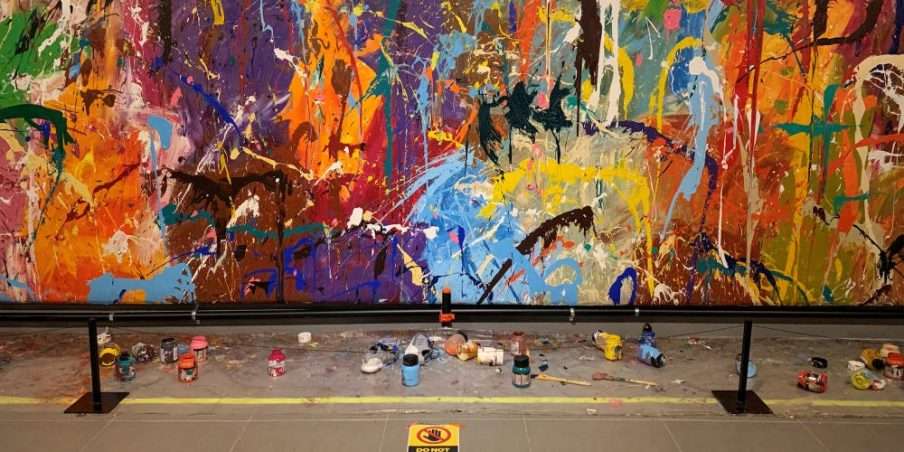 Graffiti artist JonOne was upset to discover that his work of art had been vandalised. Painted before a live audience in Seoul in 2016 the piece covers a large wall with a vibrant and striking pattern of colours. Integral to the artwork were the paints and brushes JonOne had used which were left lying on the floor. Sadly for him a couple visiting the gallery assumed this was an open invitation to make their own contribution, and daubed the painting with several large black brushstrokes of their own. A small fence has now been installed while JonOne works out how to restore the picture.

A similar scenario is played out in the Bible which you can read in Genesis chapter 3. God creates a stunning masterpiece and opens it to public view. Like JonOne’s artwork it was complete and needed nothing adding to it. God even put a sign up to let people know they should just enjoy it as it was. But one couple thought they knew better and added some brushstrokes of their own, and, just like JonOne, this artist had to erect a fence and keep people out while he made a plan to restore what had been ruined.