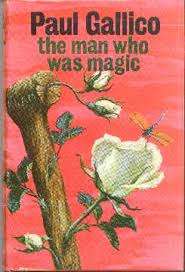 It’s 50 years since Paul Gallico’s book ‘The Man Who Was Magic’, was first published. It tells the story of the secret city of Mageia, populated entirely by magicians and illusionists who spend their days perfecting and performing their tricks and magic skills. Until one day from over the mountains Adam arrives – Adam is different because he performs real magic and no one can work out how he does it. Before long the frustration and resentment of the other magicians leads to Adam finding himself in court challenged to reveal his secrets. In front of the eyes of his accusers he breaks an egg into a bowl and whisks it with a fork – and then unwhisks it, pours the re-separated yolk and albumen back into the two halves of the shell, which he then closes and replaces on the table. There is uproar – he has done the impossible and there is no place for such a man in a city of fakery.

Jesus caused much the same effect during his life on earth, repeatedly doing the impossible in front of people’s very eyes. He caused outrage because clearly only God had the power to do such things, and in the eyes of the religious experts He was no God. Despite the evidence in front of their eyes rejection and expulsion was preferable to belief. Crazy huh?!