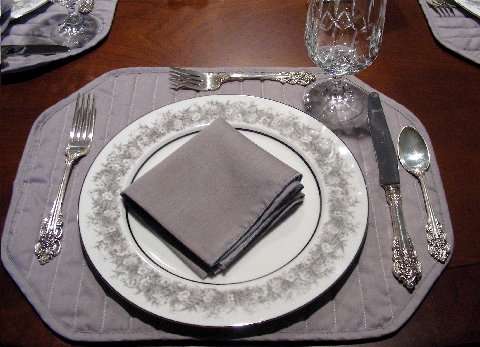 Growing up in Sussex I spent a lot of time at my aunt’s house. She liked to think she was quite posh and never missed an opportunity to teach us good table manners. For example, she impressed upon us that in polite society potatoes should always be served on the right-hand side of a plate. To this day I have no idea why, but I still do it without thinking. Perhaps more usefully she taught us that a knife and fork placed together on the plate told the waiter that you had finished your meal, even if you had left some food. But a knife and fork left apart meant you hadn’t finished.

In the ancient world of Jesus, a similar etiquette applied at mealtimes, (although obviously not involving cutlery which had yet to be invented).  Instead a crumpled napkin on the table told a servant that you had finished, and a folded napkin indicated that you were coming back.

So, when the first disciples arrived at the empty tomb and saw the cloth that had been wrapped around Jesus’ head neatly folded by itself they knew exactly what it meant – Jesus hadn’t finished and was coming back!