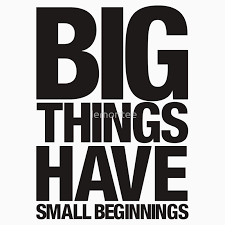 While you may never have read Paul Gallico’s book ‘The Man Who Was Magic’, it’s a fair bet that you will have heard of perhaps his most famous novel, but not because you have read it. On it’s publication in 1969 Gallico’s novel, ‘The Poseidon Adventure’ attracted little attention – the New York Times gave it a one-paragraph review, calling the story “damp with sentimentality as well as brine.”

That all changed spectacularly three years later when the story was made into a movie, instantly recognised as a classic and spawning a decade of disaster movies. Forty years on the mere words ‘Poseidon Adventure’ immediately conjure up the story of a small group of survivors desperately fighting to escape a capsized ocean-liner before it sinks.

It’s a reminder that sometimes things that seem inconsequential at first sight, turn out to make an impact that resonates for a very long time. Take for example the most famous king of Israel – David. When the prophet Samuel was told that the new king would be one of Jesse’s eight sons they didn’t even bother calling for the youngest, as his seven older brothers were clearly bigger, stronger and more suited to the task. But it was David that God was calling. He started out as a shepherd boy to whom no one paid attention, but ended up as the greatest King of Israel described as a ‘man after God’s own heart’.