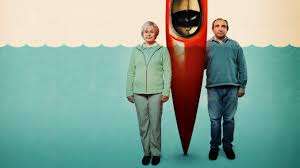 Drowning in debt and too proud to declare bankruptcy John Darwin decided there was only one thing left to do. He faked his own death and had his wife claim on his life insurance. But when he later tried to ‘rise from the dead’ by claiming amnesia his story quickly fell apart. Interviewed after his eventual release from prison John observed, ‘Pretending you are dead is quite easy, coming back to life is, as anyone knows, more difficult’.

In these days after Easter we may well be wondering about Jesus. Did he really rise from the dead or was the whole thing a fake?

Charles Colson was imprisoned for his role in the Watergate scandal and came to faith in Christ. Writing of why he believed in the resurrection he said, ‘Twelve men testified they had seen Jesus raised from the dead, then they proclaimed that truth for 40 years, never once denying it. Everyone was beaten, tortured, stoned and put in prison. They would not have endured that if it weren’t true. Watergate embroiled twelve of the most powerful men in the world – and they couldn’t keep a lie for three weeks. You’re telling me 12 apostles could keep a lie for 40 years? Absolutely impossible.’