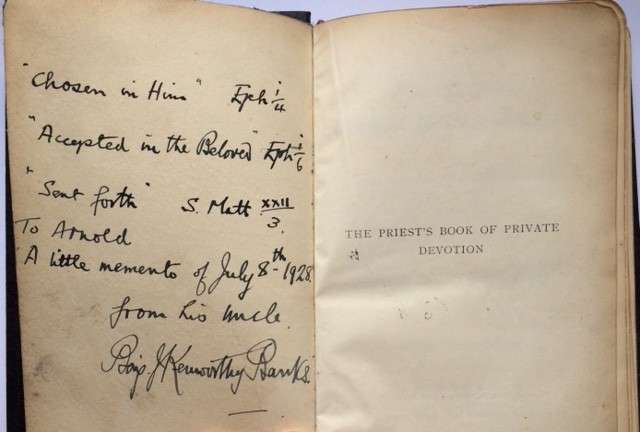 When my father was ordained in the summer of 1928, his favourite Uncle gave him a small book of prayers, services and devotions.  He used it constantly and by the time it was passed down to me, following my own ordination, some sixty years later, it was in a poor state of repair and virtually unusable.  The inside pages were fine, but the covers had become so worn with use that they had detached from the body of the book.  In the end and in order to give the book a new lease of life I had it professionally rebound.  It returned from the binders looking perfect once more – instantly recognisable as the original book but somehow different.

My experience with the book reminds me of the Christian hope for eternal life – not one in which spiritual and material things are separated and the latter left behind simply to decay, but one in which our material bodies are transformed and renewed.  That was the experience of the disciples meeting Jesus after his resurrection: instantly recognisable but somehow different.  It reminds us that the future to which we look forward in Christ will not be some ethereal other worldly reality, but one that is just as physical and real as this life – only more so!