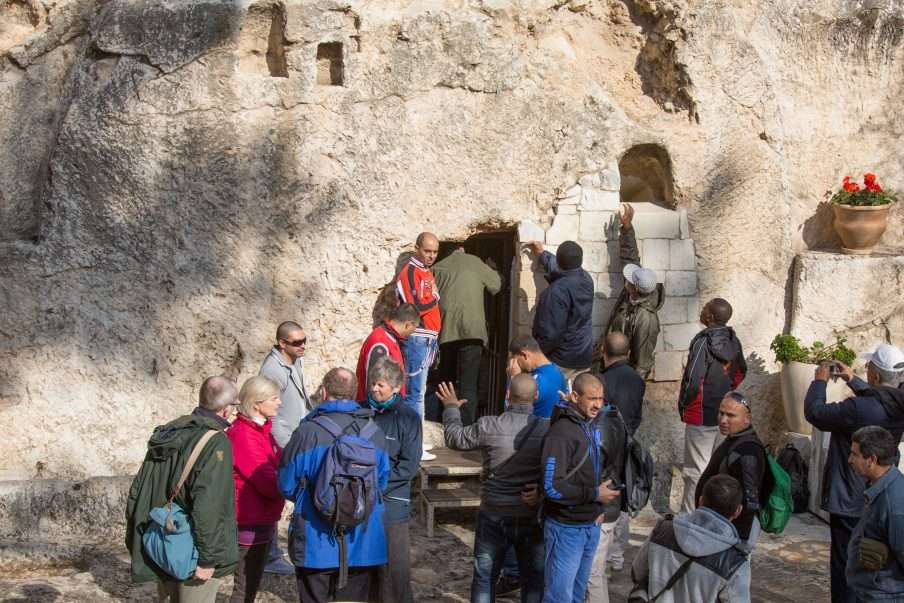 On 6th June 1964 General Eisenhower returned to Omaha Beach in Normandy. Twenty years earlier 2,000 men had lost their lives on the same beach securing it for the Allied invasion on D-day. Eisenhower looked out at the holidaymakers swimming in the sea and enjoying the sunshine and commented, ‘It’s almost unreal to look at it today and remember what it was, it just shows what free men will do rather than be slaves.’ We must never forget that the freedom we enjoy to live our lives as we do was bought at great cost and should never be taken for granted.

I remember a similar feeling standing outside the Garden Tomb in Jerusalem some years ago, just yards from the possible site of Jesus’ crucifixion. The sun was shining and holidaymakers were milling around taking in the sights. But 2,000 ago it was the place where Jesus paid the highest price and died an agonising death in order to secure our freedom from sin and death.

As Eisenhower might remind us, in order never to take our freedom (whether temporal or spiritual) for granted, we must ‘remember what it was.’

It is no longer possible listen to this story in the iOS version of the app but you can do so by subscribing to the Turn The Page podcast in iTunes.