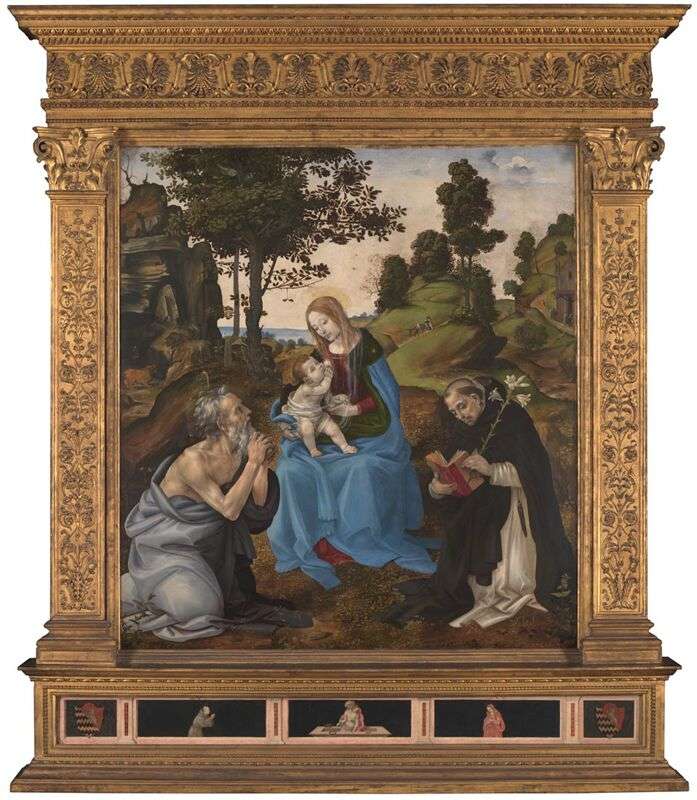 Viewed straight on the painting of Virgin and Child with Saints Jerome and Dominic doesn’t look quite right.  The picture shows the Virgin Mary cradling the infant Jesus on her knee, with the saints at prayer in the foreground. But the perspective is off, and the hills in the background look as if they might topple out of the picture. Jerome and Dominic seem awkward and uncomfortable.

Sometimes we make a similar mistake in trying to comprehend the nature of God. We look at him from our perspective and try to understand him on our own terms, as if he were our equal. But if we could understand God in this way then surely he would not be God.  It’s only when we are willing to fall on our knees in worship and look up, that we gain a proper perspective.