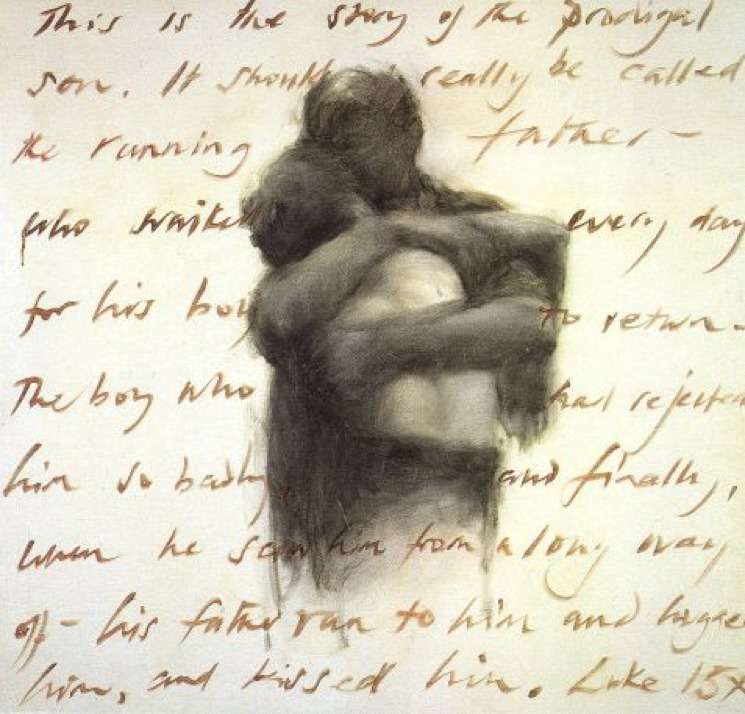 In a famous parable explaining God’s love for the world, Jesus told a story about two brothers, the younger of whom rejects his father, demands his inheritance early and then goes and blows the lot on wild parties. Finding himself reduced to feeding pigs he sets off home in the hope of re-entering the household as a servant, only to be welcomed back by his father as a child once more.

The story is known the world over as the Parable of the Prodigal Son. But it’s a terrible title because in fact it’s the father who is prodigal and both of his sons are lost. To be prodigal is to be wastefully or recklessly extravagant and that’s how the father is with the love he has for his children. He loves his younger son so much that he doesn’t force him to stay when he wants to leave and welcomes him back with the same love when he comes home.

It’s this prodigal love of God that explains why the world is in such a mess but which gives us hope for the future – God allows us to reject him and make a mess of things, but he loves us so much that he’s always waiting to welcome us back.

It is no longer possible to listen to this story in the iOS version of the app but you can do so by downloading the Turn The Page podcast in iTunes.