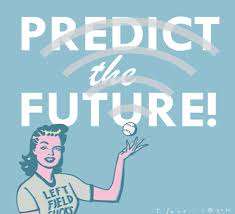 Predicting the future is a risky business, as any of us who grew up watching Tomorrow’s World on TV will know only too well. Whatever did happen to paper underwear and floating bicycles? History is littered with famous predictions that failed to come to true, not least that made by the Chair of IBM in 1943 who boldly declared, “I think there is a world market for maybe five computers.” Current estimates put the number at nearer 2 billion!

The gospels record that Jesus made a prediction about the church that people at the time might well have scoffed at. He declared that he would build his church and that the gates of hell would not prevail against it. No small claim for an upstart preacher from Nazareth who never wrote a book, never held political office, never led an army and died an ignominious death as a common criminal, leaving behind 12 frightened followers. Two thousand years on, however, with a third of the world’s population claiming to belong to his church family and with that number still rising daily, maybe he did know what he was talking about; and that must leave us asking the question: how on earth did he do it?