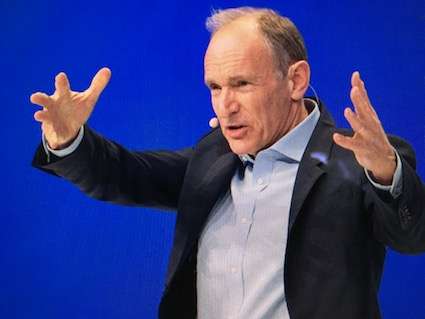 It’s thirty years since British engineer and scientist Tim Berners-Lee created the world wide web. Marking the anniversary, he’s called for a mid-course correction. In a telling indictment of human nature, he said that the web was now so full of disinformation and harmful content, that it was plunging ‘towards things which could be really bad.’ He went on to say that social media content was now too ghastly to be monitored by humans because it left people changed by what they saw.

On reflection perhaps it’s not the web that needs a mid-course correction but the lives of the humans who use it. We’re born into this world with the gift of free will that is focussed on self, and we grow up to live lives motivated by self-interest. No wonder we end up abusing and exploiting each other. The Bible says that we all need a mid-course correction to turn our hearts from selfishness to selflessness. We need to be born again.

The good news is that that’s exactly what Jesus offers us – not a demanding list of life-limiting rules and regulations, but a new heart that enables us to live selfless lives for the good of others.