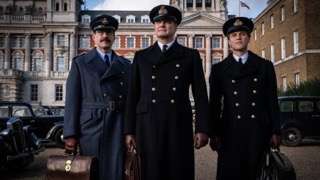 The British film Operation Mincemeat tells the incredible true story of perhaps the greatest deception of the Second World War. In 1943 the Allies were planning to invade Sicily but in order to minimise resistance, needed to convince Hitler they were going to come ashore in Greece instead. The deception involved planting false papers on a corpse that would wash up on the beach in Spain and find their way to Hitler. It was fraught with uncertainty and any number of things that could go wrong but amazingly it worked.

One of the reasons for the operation’s success was a German army colonel, Alexis von Rönne. A committed Christian von Rönne had become Hitler’s favourite intelligence analyst and used his position to feed through false information, including the Mincemeat deception. After the invasion of Sicily he was arrested and put on trial. He denounced Nazi racial policy as being inconsistent with his Christian faith and was hanged. His last words to his wife were, ‘In a moment now I shall be going home to our Lord in complete calm and in the certainty of salvation’.

As so often it was the actions of one man, guided by his faith in Jesus, that contributed to saving the lives of many thousands. A wonderful example to us all.