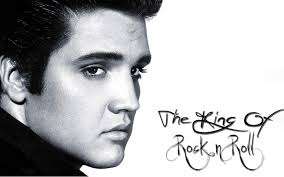 Although his death on the 16th August 1977 was well documented, there was sufficient mystery around the exact circumstances to spawn the belief that somehow he might not be dead; so much so that on the 1st April 1989 the Elvis Sighting Society was founded to collect stories from those who insisted that the King of Rock and Roll was not dead. Sadly their website only details one such sighting from a lady who spotted Elvis at a roadside café in Tweed, Ontario. While she was terribly excited by the encounter it doesn’t appear to have changed her life in any meaningful way.

Similarly the circumstances surrounding the death of Jesus, and what happened afterwards, are also filled with some mystery, and the subsequent claims of many to have seen him alive again. For some these are fanciful tales probably written many years after the events by those who wanted them to be true. The difficulty with this view is explaining the dramatic changes in the lives of those who claim to have met with Jesus over the centuries. A friend of mine spent many years in and out of prison, both using and dealing drugs. One day he happened to wander into a church and had such a profound encounter with Jesus that he was healed and his life changed forever.