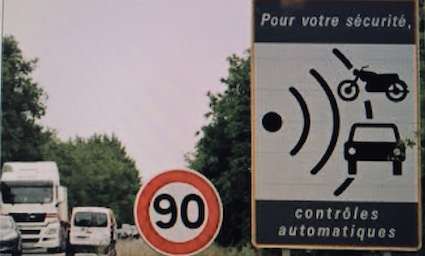 I’m ending the month of September by paying a speeding fine incurred while on holiday in France over the summer. Up until 6th May 2017 I could have left this particular ‘sin’ behind at the border and would never have known anything about it. But on that date EU rules changed allowing nations to access one another’s vehicle ownership records and send fines to foreign nationals. My ‘sin’ followed me home and now I have to pay it.

I think we sometimes assume that when it comes to the sins we commit in this life God operates a similar policy to Europe before 6th May 2017 – we can leave them behind at the border when we pass from this life to the next. The penalty can go unpaid and somehow brushed under the carpet.

The Bible, however, paints a picture of a holy God who is rather more bothered about sin than we are. He knows the damage that it causes and if one thing is for sure it’s that it can’t just be brushed under the carpet. All sins incur a penalty which must be paid.

The wonderful news is that on the cross Jesus paid sin’s fine for us, and because of him we can leave our sins at the border.