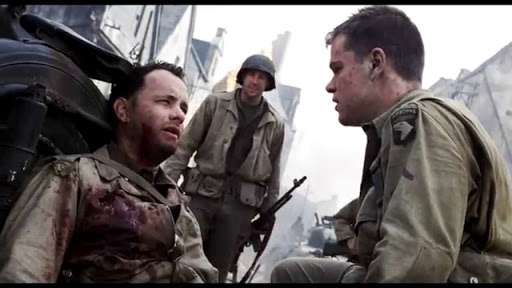 The last words we say can leave a lasting legacy for those who follow.  In Stephen Spielberg’s famous film ‘Saving Private Ryan’, Captain John Miller sacrifices his own life to rescue Private James Ryan, and with his last words tells him ‘Earn this … earn it!’  The legacy those words leave are a haunting doubt that stay with Ryan for the rest of his life – did he live a life worthy of the sacrifice that was paid?  As an old man weeping by Miller’s grave, Ryan turns to his wife and asks, ‘Tell me I’ve lived a good life.  Am I a good man?’  Miller’s last words leave a legacy of doubt and uncertainty.

By contrast the last words of Jesus include ‘It is finished!’ and “Father, forgive them for they do not know what they are doing.’  The legacy those words leave are the certainty of a task completed and a door to eternal life flung open.  Not a new life to be earned, but a gift to be received.

The freedom won by Christ is reflected in the last words of Stephen, the first Christian martyr, who with his dying breath was able to say with certainty, “Lord Jesus, receive my spirit [and] do not hold this sin against them.’

(It is no longer possible to listen to this story via the apps but you can do so by subscribing to Turn The Page as a podcast.)