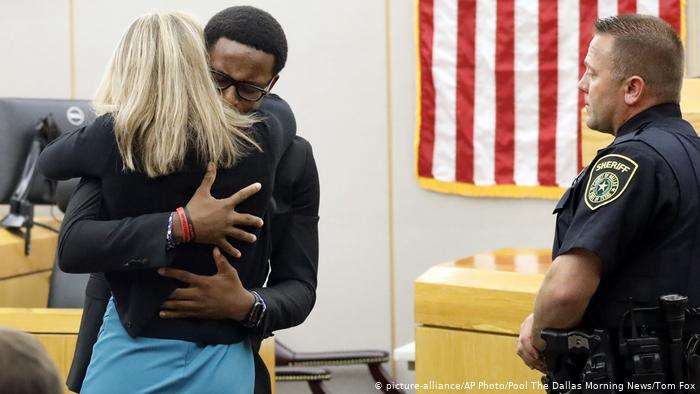 Once again, a story about forgiveness has made headlines around the world. A former-policewoman Amber Guyger entered the wrong flat and shot dead an innocent man, Botham Jean. When she was sentenced to 10 years in jail Botham’s brother stepped forward, embraced her and said, ‘I forgive you.’

What’s most remarkable about this story is not that forgiveness was offered but that it was thought so unusual. I was once involved in the appointment of a headteacher to a Church school. Each of the candidates was asked what they thought were the hallmarks of a school with a Christian ethos. Predictably all of them talked about love, but not one of them mentioned forgiveness.

Jesus once made headline news by offering forgiveness to a paralysed man who then got up and walked. He demonstrated the power of forgiveness to set someone free and challenged his disciples to follow his example. As such we might expect forgiveness to be rather more commonplace than it is.

The fact that we find forgiving others so difficult reminds us of how far we fail to reflect the image of God, and how much we all need God’s transforming grace to help us.

It is no longer possible to listen to this story in the iOS version of the app but you can do so by downloading the Turn The Page podcast from iTunes.