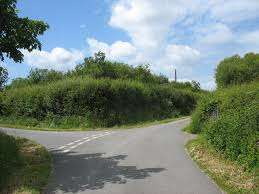 Call it a mid-life crisis but at the age of 50 I decided to join a gym. I quickly worked out what I was sure was the best route to get there, and for some months slavishly followed it certain in the knowledge that there was no quicker route to be had. That was until the day when I followed a car home, and at a point where I carried straight on, he turned left. I thought nothing of it until few minutes later when I noticed that the same car had re-appeared 100 yards in front of me, and I realised that he must know a better route. Sure enough on my next journey home I turned left where he had and discovered the quicker route.

In a similar way it’s easy to settle into a pattern of life that we assume must be the best way to live and that we never question. Many people were doing just that when Jesus appeared on the earth. But after a while they began to notice something different about him – certain of his identity and unconcerned with what other people thought of him, he lived a life full of peace, joy and significance; and as the curious gathered around him wanting to know more he simply said to them, “Follow me.”