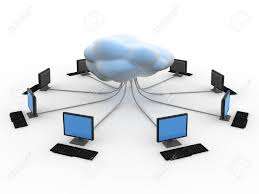 CS Lewis, academic, author, theologian and in his own words “the most reluctant convert [to Christianity] in all England once wrote, “Aim at heaven and you get earth ‘thrown in’, aim at earth and you will get neither”. What did he mean?

In the same way we can live this life ignoring the relationship with our creator that we were designed to have, and we will get by; but it will never be the life of ‘fullness’ that Jesus promised.

But here’s the thing: it’s only after you’ve accessed the cloud that you realise how much you were missing out on before. After years of wrestling with the thought that this might be the case Lewis, at the age of 33, finally surrendered to Christ. It was a decision he never regretted.