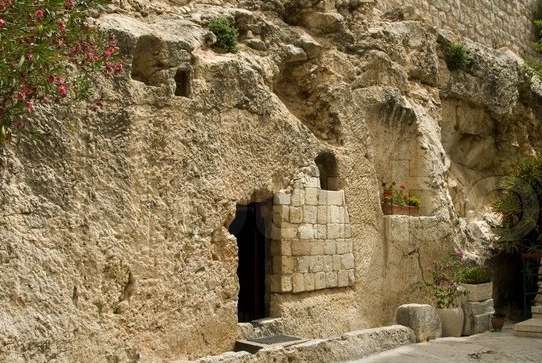 Donald Trump’s 2020 State of the Union address was a lively affair. Addressing Congress from the floor of the House of Representatives, he began by ignoring the handshake offered by the House Speaker Nancy Pelosi. She responded by tearing up her copy of his speech behind him as he finished. It was fine theatre and full of reality TV drama.

But one person missed the whole thing. A member of Trump’s cabinet, the Interior Secretary David Bernhardt, was hidden away in a secret location. Known as the ‘Designated Survivor’ his role was to ensure that government could continue should some disaster befall the President and other senior leaders while they were all in one place.

Perhaps we might think of Jesus in a similar role – our ‘Designated Survivor’. One man, like David Bernhardt, uniquely placed to survive and triumph over death. To fulfil his role Bernhardt had to spend several hours hidden away in a secret room. To fulfil his Jesus spent three days hidden in a tomb. But both emerged victorious to continue in their government – Bernhardt for perhaps ‘four more years’, Jesus for eternity.

It is no longer possible to listen to this story in the iOS version of the app but you can do so by subscribing to the Turn The Page podcast.