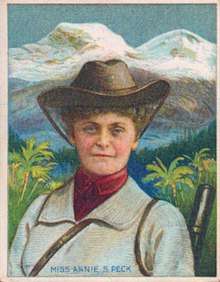 In 1895 Annie Smith Peck succeeded in climbing the Matterhorn. This was a remarkable achievement. One of the highest and deadliest mountains in the Alps the Matterhorn hadn’t been conquered until 1865 and has claimed the lives of over 500 mountaineers. So, you would have thought that Peck’s achievement would have been celebrated around the world. Not quite. Far from discussion on the ground being dominated by a celebration of her incredible feat, the focus instead was on what she had worn to do it – trousers! Many of her peers were so scandalised by the thought of a woman encroaching on a man’s world that they completely failed to see what she had actually done.

In a similar way some of Jesus’s most amazing miracles were missed by his peers, so blinded were they by their own prejudice and assumptions. On one occasion he healed a man who had been born blind. A remarkable achievement and surely a cause for celebration. Not quite. Far from seeing the significance of what Jesus had done many of his peers were scandalised by the fact he had done it on the Sabbath. Like Peck Jesus wasn’t afraid to challenge the conventions of his day in order to bring freedom to the lives of others.

In 1911 Peck climbed the Coropuna in Peru and planted a flag declaring ‘Votes for Women’. By his many healings Jesus planted his own flag – ‘fulness of life for all’.