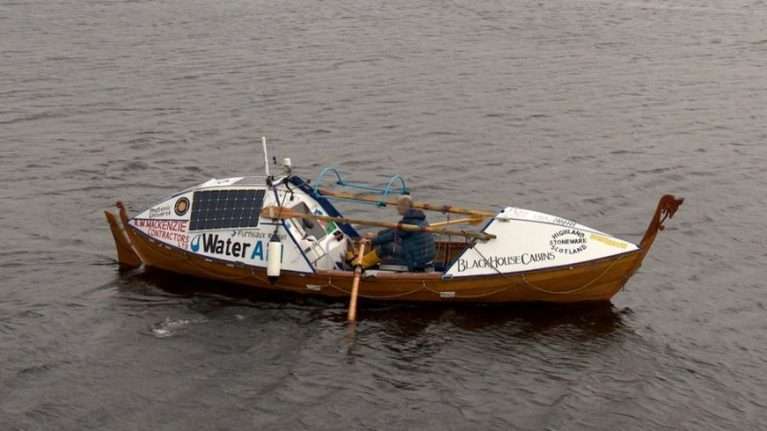 In an attempt to prove that ‘normal people can do unusual things’ amateur rower, Duncan Hutchinson, decided to row across the Atlantic from New York to his home town of Lochinver in the Scottish Highlands, in a boat he had built himself.  Unfortunately, some 800 miles short of his goal the forces of nature overwhelmed him, and he had to call for help – help which came in the form of a merchant tanker which was headed back to New York.  So, after three months of strenuous effort Duncan will soon find himself back where he started!

It’s a feeling that the Apostle Paul would readily have identified with.  In his letter to the Church in Rome he wrote about his strenuous efforts to become a good person – efforts that always ended in failure as the forces of his sinful nature overwhelmed him and he ended up back where he started.  Like Duncan, Paul realised in the end that he would need some help if he was to reach his goal, but unlike Duncan the help he found didn’t take him back on his journey, but rather took him to destination he so longed for – the freedom to enjoy the fulness of life that he had found in Jesus.