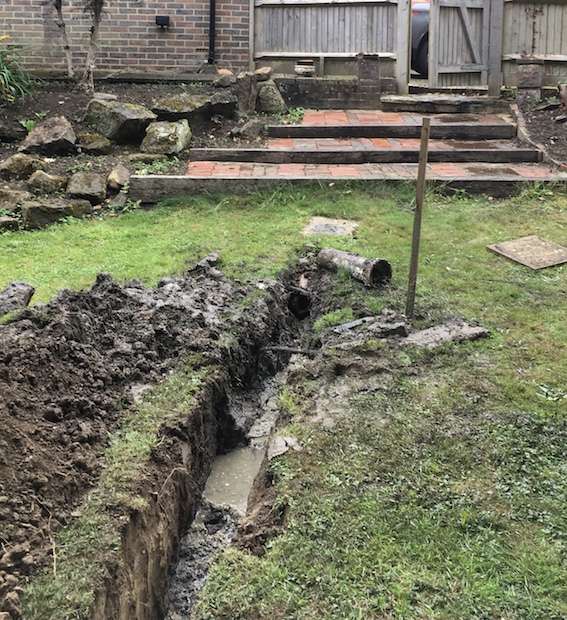 A few years ago, a damp patch suddenly appeared in the middle of our lawn. Being me, I didn’t do anything about it and just hoped it would go away. But it didn’t. Over the years it got worse. One particularly dry summer a small frog made its home there while the rest of lawn went brown. Then lockdown happened and I found myself spending a lot of time in the garden. I realised that not only was the damp patch getting worse but now it was starting to smell. Finally, it was time to do something about it.

A lot of digging later and the cause was discovered. During previous building works a kitchen waste pipe had been plumbed by mistake into a rainwater soak-away. Instead of flowing away into mains drainage years of kitchen waste had slowly been accumulating under our lawn and rising to the surface.I’m struck by the parallel with what happens in our lives when we do nothing about the guilt and shame that accumulates through the mistakes we make along the way. While karma says we can work them off through an endless cycle of gradually improved lives, Jesus says, ‘Come to me and I will give you rest’.