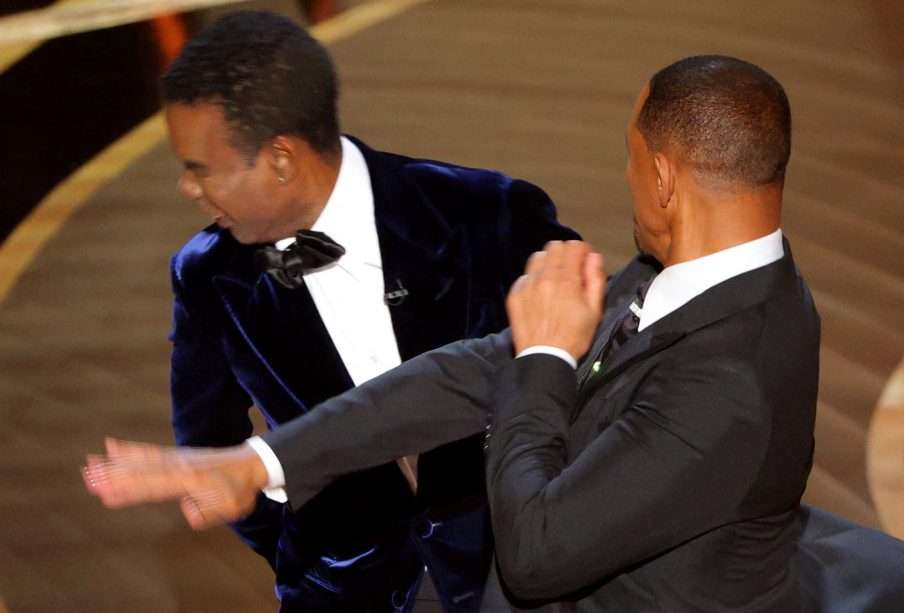 Once again, the Oscars ceremony in 2022 will be remembered for something that shouldn’t have happened. Presenter Chris Rock made a joke at the expense of actor Will Smith’s wife. Smith saw red and responded by walking onto stage and slapping Rock hard across the face. As the audience sat stunned, Smith returned to his seat and shouted at Rock not to mention his wife’s name again. The fallout has been swift with Smith issuing an abject apology and resigning from the Oscar’s Academy.

So how might Smith have responded? Two thousand years ago Jesus was arrested for supposedly leading a rebellion. Despite being convinced of his innocence Pilate had him flogged, before Roman soldiers crushed a crown of thorns on his head, mocked him and slapped him in the face. Jesus had every right to respond in anger. But the apostle Peter records in a letter that ‘when they hurled their insults at [Jesus], he did not retaliate; when he suffered, he made no threats’. Why? Was Jesus a soft touch, too weak to hit back? Not at all. Peter goes on to say, ‘[Jesus] entrusted himself to [God] who judges justly’.

Because Jesus trusted his Father in Heaven he didn’t need to hit back, and neither do we.